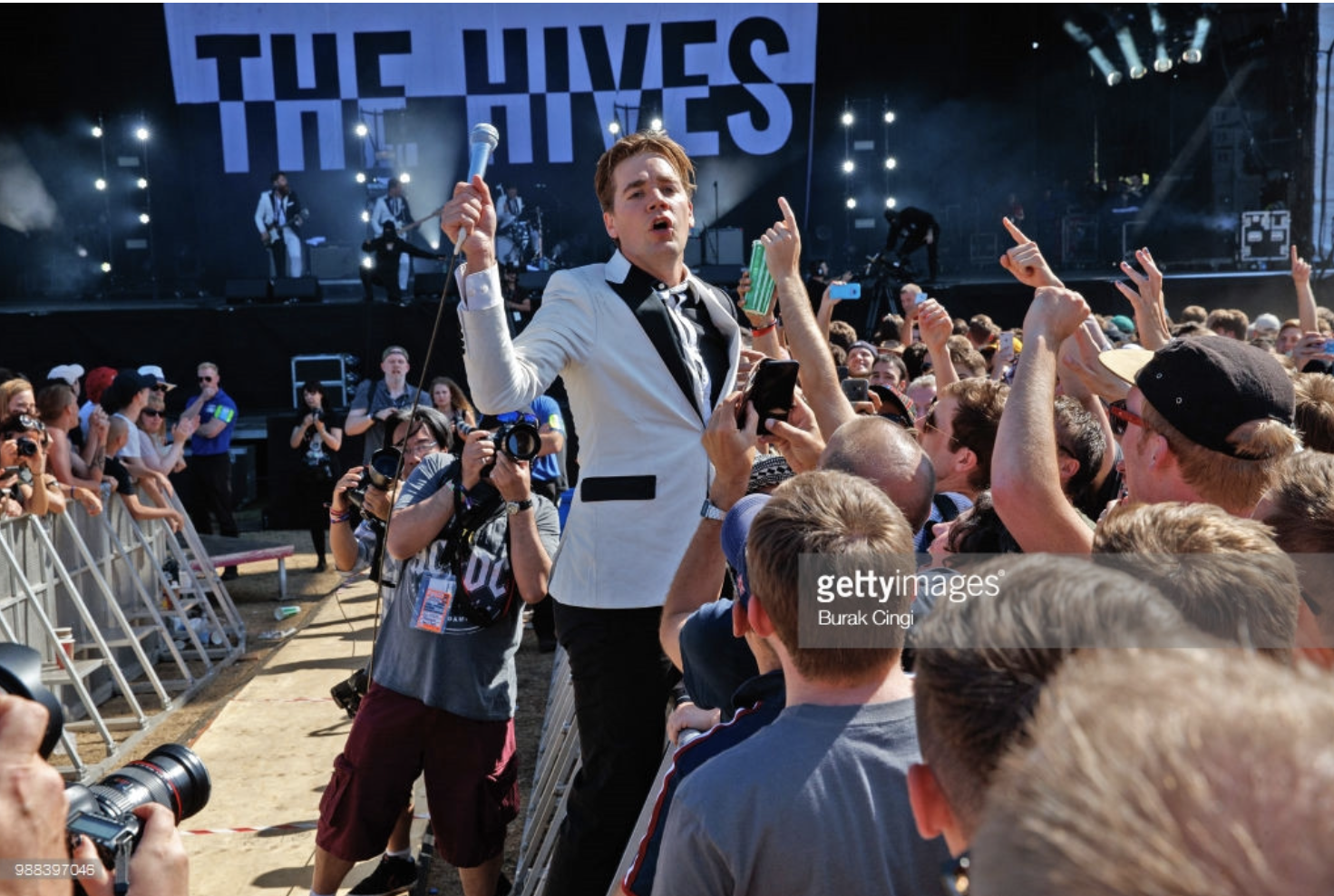 After waiting many years to see a childhood favourite of mine, The Hives did not disappoint. Instantly after jumping onto stage clad in half-black, half-white suits like a gang of an evil DC villain’s henchmen, the group broke into their loud and straight-to-the-point set. Where The Hives’ bassist and guitarist remained subdued and fairly static, which was some feat when resembling half of the biological piano that treated fans to a throwback rendition of ‘Main Offender’, singer Pelle Almqvist and drummer Christian Grahn brought the cockiness up to eleven, particularly Grahn, who fortunately managed to catch his sticks after launching them 10 feet in the air (several times). Regardless, this borderline arrogance was iconic of legendary rock bands of the past while it suited the Hives’ sound down to a tee. The Swedish group swayed many new listeners with their refreshing and unique style of rock and roll while the charismatic Almqvist spearheaded what was a genuinely impressive, head-banging and air-punching performance. Easily singable chorus lyrics invited audience participation which made The Hives’ appearance all the more forceful while a penultimate, stop-start outburst of ‘Tick Tick Boom’ brilliantly entertained.

The Hives’ slot in the bill for a Finsbury Park line-up that contained Iggy Pop and QOTSA was a tough one for any band, particularly considering the (very) notable sound restriction and the sweltering early-afternoon heat which would have no doubt damaged audience attention. Nonetheless, they executed their performance well, gracing hardcore and new fans alike with an array of songs, each boasting a unique rock sound that over the years has become distinctly representative of the Swedish band. Ultimately the Hives generate a confident and awesome display that can be enjoyed by anyone. If you get the chance, however, I would recommend seeing them at a gig as opposed to a festival, where their sound can be better appreciated.