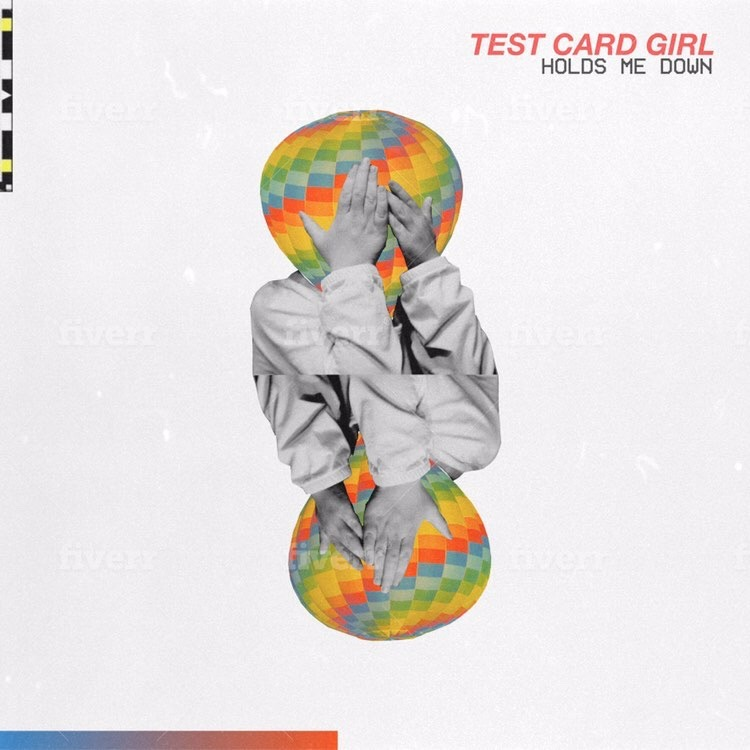 Though self-described as “indiefolk synthwave”, to aptly label the genre Test Card Girl inhabits would require a slew of multi-hyphenates, for the solo project of Manchester-native Catherine Burgis is steeped in a veritable bounty of influences. The two-song EP ‘Holds Me Down’ gives a scintillating glimpse at what her debut album Seven Dolls, slated for release later this year, will bring.

The EP’s titular track is a lo-fi love note, punctuated with optimistic arpeggiators and a groovy beat. ‘Holds Me Down’ opens dynamically, with a bouncy, simple synth. Once the drums kick in, it does not take long for this quirky, electronic-led tune to coax out a strong head-nod/foot-tap combo, especially with Burgis’ folksy cadence weaving softly between the infectious synths. The combination of videogame-adjacent midi chimes and the laid-back, pretension-eschewed vocal work clicks so well together it’s as if they’re dancing a cosmic two-step.

Mid-way through the track, we’re treated to some gospel-esque harmonies (backing vocals courtesy of the project’s producer, Dave Fidler) that pair oddly seamlessly with the song’s synth-spattered proclivities, living up to Burgis’ desire to “set off on a songwriting journey to all corners of her mind”.

Sparkling with youthful vibrancy, ‘Holds Me Down’ oozes a hopefulness that occasionally teeters on the edge of naivety. A retro-glazed fantasia that relies just as much on its simplicity as it does the smorgasbord of influences that have worked their way in.

‘If You’re Feeling Down’, the EP’s slow-paced second track, begins with a noticeable solemnity. In the place of jumpy and erratic synths, you are immediately enveloped by the sombre strums of a guitar. However, as the track evolves, it begins to invite a burgeoning hopefulness. Burgis’ vocals are soft and radiate a familiarity, even on your first listen, that feels as if she is beckoning the listener for a much-needed hug as she asks “hold out your hand to me”. Moving into the chorus, the vocal layering cocoons you without overpowering the gentle finger-picked guitar instrumental. The track continues with a comforting lucidity before reaching a short instrumental interlude, where once again the synths return, but this time take on an airy, psychedelic waver, accentuated with light-fingered piano purls.

‘If You’re Feeling Down’ is starkly different from the EP’s opener, but its reflective lyrics and serene melody still convey that same candid buoyancy which Test Card Girl seems to thrive upon. The single ‘Holds Me Down’ will be released on all platforms September 18th, and the EP can be picked up on bandcamp right now. 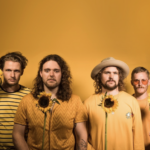