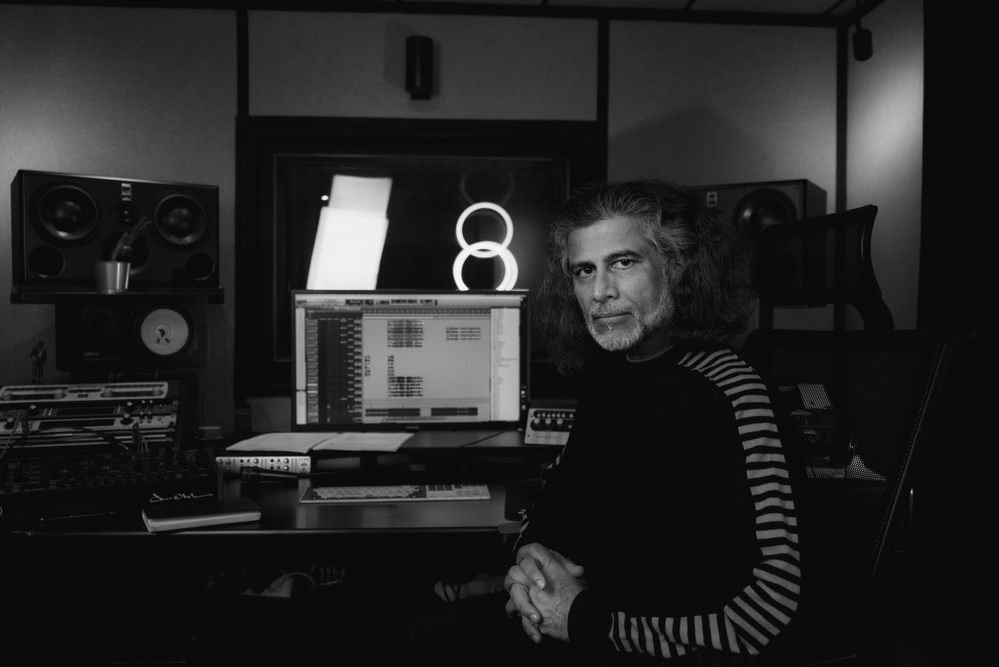 By: Ellis Maddison
In: Interviews

Mustafa Khetty, the man behind Morpheus Project, is no stranger to different cultures and foreign lands. Delving into his vast plethora of musical knowledge, the Wall Street elite and IT whizz turned rising composer has incorporated influences from just about every corner of the globe into his music.

With Khetty’s most recent release ‘Mosaick’ featuring on the forefront of music media, seeing regular playtime on both BBC1 and Classic FM, Soundwave (virtually) sat down with the musical brainiac that is Morpheus Project.

Q: Prog and prog rock are lesser-known genres today than they used to be, especially for younger generations. What is prog to you and what are your main inspirations behind delving into the genre?

A: “Prog rock is what I grew up on together with classical, choral and ethnic music. With the great bands of the 70’s, the members were classically trained and the experimental freedom of post hippie culture inspired the stretching of boundaries in both composition, style and incorporating new instruments (synths and guitars) into the music. Prog was a renaissance and even 50 years from now, audiences will continue to be enamoured with it as we are with classical. The young grow into it. The influential prog rock bands sell out tours within hours, testament to its appeal.”

“Prog defines no limits. What inspires me is to combine cultures, sounds, rhythm, styles and instruments from East and West in a way that could appeal to a cross cultural audience irrespective of age, geography or musical preference. The genre remains open to new forms, ideas, experimentation and definition. As a 3rd culture kid, it’s relatively easy to hear Mahler’s 2nd Symphony at the Barbican, come home and enjoy Ravi Shankar and John McLaughlin and compose music gleaned from the classical greats to 21st century dance/trance music.”

Q: The music video for your new single Mozaick gives plenty of nods to musical cultures from across the globe. What is your experience with, and process of, working with different sounds and styles of music?

A: “Exhilarating and rewarding and at times painful. Ethnic musicians are fixed to a certain playing style and music form as with rock and classical instrumentalists. To explain and explore playing outside their comfort zone is challenging. Often, they are bemused. Considerable time is spent on sound palettes and determining colour, tone and timbre and its sonic reproduction. Mixing synth sounds with ethnic and tuning analog synths to bring about a soundscape is rewarding. The end result brings a smile.”

Q: Mozaick combines 140 separate tracks into one. Did you ever fear that this would be too much? Or was it a challenge you relished?

A: “Fear, no, clutter, yes. In the final cut, we reduced over 20 tracks and during the mix a few more. We invited several musicians and listeners in the final mix to obtain feedback. Mozaick has detailed minor melodies and harmonies intertwined together. Even now, I wonder if there is a minute detail that is left out!”

Q: Having lived in Sri Lanka, Ireland, The UK, The Middle East and The Far East, what are the main similarities and differences between the musical cultures?

A: “Similarities are in the 7 tone scales, and often in Eastern music chords are not used. There is a fine line. and today the guitar is played like a sitar or balagman (string instrument). In the album, there are guitar lines that simulate Turkish ethnic Balagman and Sitar.”

Q: Are there any composers, past or present, who you would choose to work on a project with?

A: “Challenging question. Past composers have had tremendous influence on my musical journey. From the past, Ravel’s orchestration was extraordinary together with his piano compositions. From the present, Arvo Part. His ethereal sound is extraordinary.”

Q: With your career in music coming later in life, Is there anything you learned in your early years that have helped you in the music industry?

A: “Risk taking, planning and execution with project management. Innovation and new learning are a way of life in tech where rules are meant to be redefined and broken. Team work and co-creation, a harbinger in successful software design and execution.”

Q: What is your opinion of the work of Hans Zimmer, and would you consider composing scores for films yourself?

A: “Hans Zimmer’s technique of designing soundscapes and conjuring emotional states are sensational. His experimentation in recording instruments to create new sound perspectives is a signature all of his own. He is the one composer that makes me wonder whether the script and screenplay is written for the score!”

“…It would be a dream to score for films.”

Q: What are you earliest memories of music?

A: “Beating the hell out of a toy drum. Tapping drum beats on the school desk and being punished for it. Singing Beatles songs at birthday parties. Introduction to classical and choral music in secondary school and the sensational bands of the 70’s.”