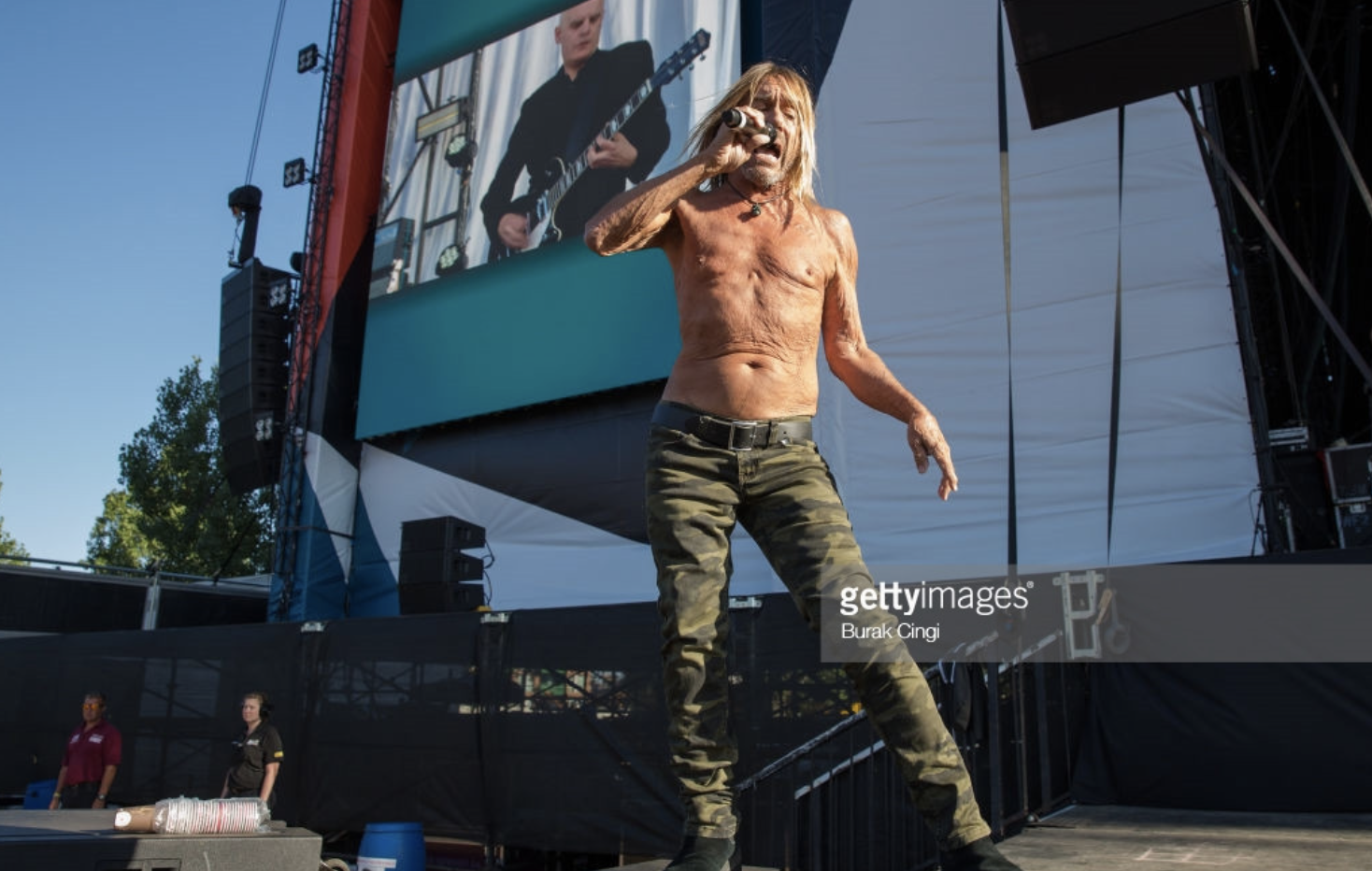 For fans of punk, or of music in general, Iggy Pop on stage at Finsbury Park resembled a living legend as he pranced around with no less energy than the previously-on-stage Run the Jewels rappers Killer Mike and El-P, despite being thirty-years their senior. My first impressions of Iggy Pop, after having listened to his numerous classic proto-punk anthems from over the years, were probably similar to the people around me, and in the entirety of the audience for that matter: He is old. However, once he’d taken in enough cheers and adoration from the crowd and after breaking into ‘I wanna be your dog’, his rusty but timeless voice only seemed to grow on me as it became instantly clear that he was a genre-founding, punk icon for a reason. His charisma, and undeniable sexiness in tandem with an effortlessly cool host of skilful musicians behind him made Iggy a sight to behold. Where at moments he seemed a little exasperated, undoubtedly due to his lap of honour of the London crowd before he had even started singing, Iggy ultimately displayed a masterclass in ‘Lust for Life’ and ‘Search and Destroy’ which did not sound too dissimilar from how they did in the 70’s. Iggy’s rendition of these tracks among his many other classics, saw him perform to a standard that certainly exceeded my own expectations.

What became very evident toward the end of Iggy’s set was that he’d done it all before and that he certainly knew how to put on a show. His passion and care-free persona was infectious as each song went from strength to strength, injecting listeners with nostalgic tunes of past punk eras to which they could not help but sing along. As the sun went down and the crowds chanted his name, even Iggy Pop looked astounded at the numbers in appreciation and awe of him, epitomising the fact that Iggy is by no means, ‘passed it’, and is still certainly capable of giving forty-five thousand people a powerful and memorable performance.