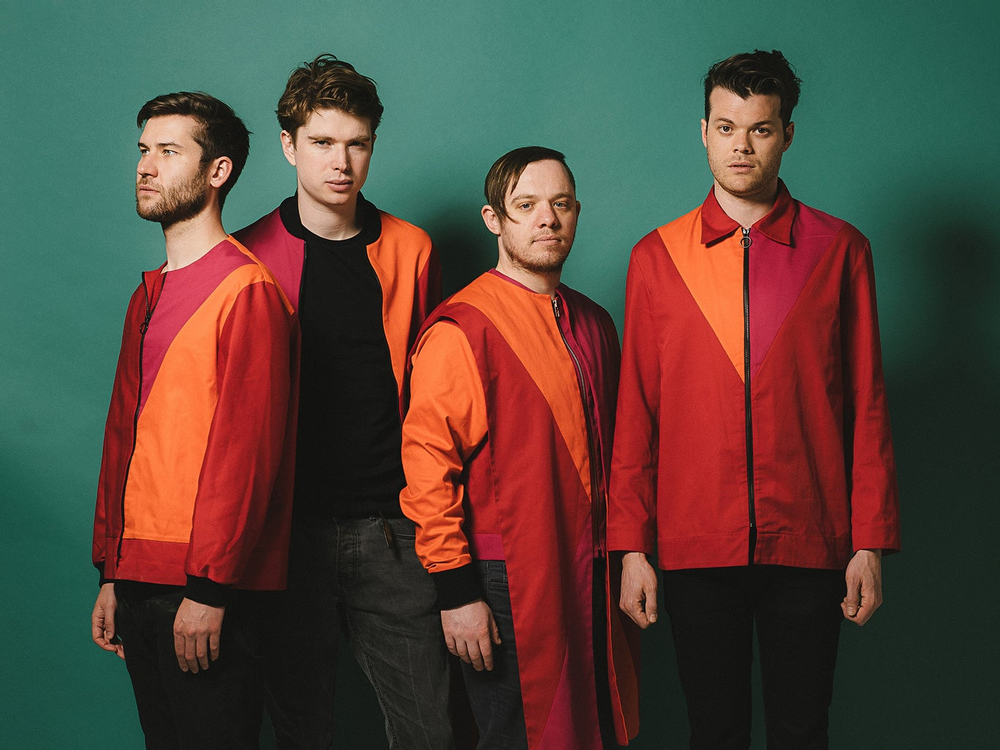 By: Cameron Thorburn
In: Albums, Elsewhere

Manchester band Everything Everything are no strangers to a conceptual album. Politically charged lyrics and rich synth melodies are what makes their music so distinctive. Picking up from A Fever Dream released in 2017, their fifth and most recent album strays from the socio-political concerns which immersed their previous work. Re-Animator delves into the US psychologist Julian Jayne’s theory of the bicameral mind. Opening with the mesmerising Lost Powers, frontman Jonathan Higgs bellows the repetitive, “C’mon, you only lost your mind”. The use of grotesque imagery elevated in harmonious tune sets the atmosphere for the rest of this album.

Wistful sounding, Planets depicts the feeling of worthlessness and finding love from the universe. The dystopian sound crashes to a halt followed by the next track, Moonlight – a more tender, gentle melody and a break from the usual bold, energetic sound.

Inevitable doom and despair are themes frequently conversed in tracks throughout the band’s catalogue and Arch Enemy is no exception. Higgs delivers with his signature falsetto and spits out the words of a protagonist on a path to find a meaningful God, only to find a giant fatberg; the product of the world’s greed and toxicity. The song intensifies to pure chaos nearing the end. The abrasive instrumentals mirror the same energy as their 2015 album, Get to Heaven, home to a plethora of upbeat songs.

It’s clear from tracks such as Lord of the Trapdoor with its wide range of impetuous instrumental choices that Re-Animator is a more instrumentally focused album. Lyrically, it is not as strong as others in the band’s discography and feels a lot more reserved but, nevertheless, the band’s intelligence shines through in the lyrics.

The sublime majesty of In Birdsong imagines what it would have been like to be the first self-aware human. While, the delicate melody similar to that previewed by Moonlight, is a lot slower to the fast-paced music we know from the art-pop quartet. The song gradually crescendos revealing a serene, dream-like instrumental.

Closing on the danceable and glowing track Violent Sun, the sadness of the lyrics demonstrated by Higgs’ words “and you know this will be gone in the morning”, juxtaposed with an optimistic tune, almost makes the end of the world sound like a beautiful thing.

It is fair to say that fans might be left feeling somewhat underwhelmed as the experimental Re-Animator falls short of Everything Everything’s previous two albums which were hosts to unruly brilliance. Positive or negative however, this album will leave a notable impression on the listener.