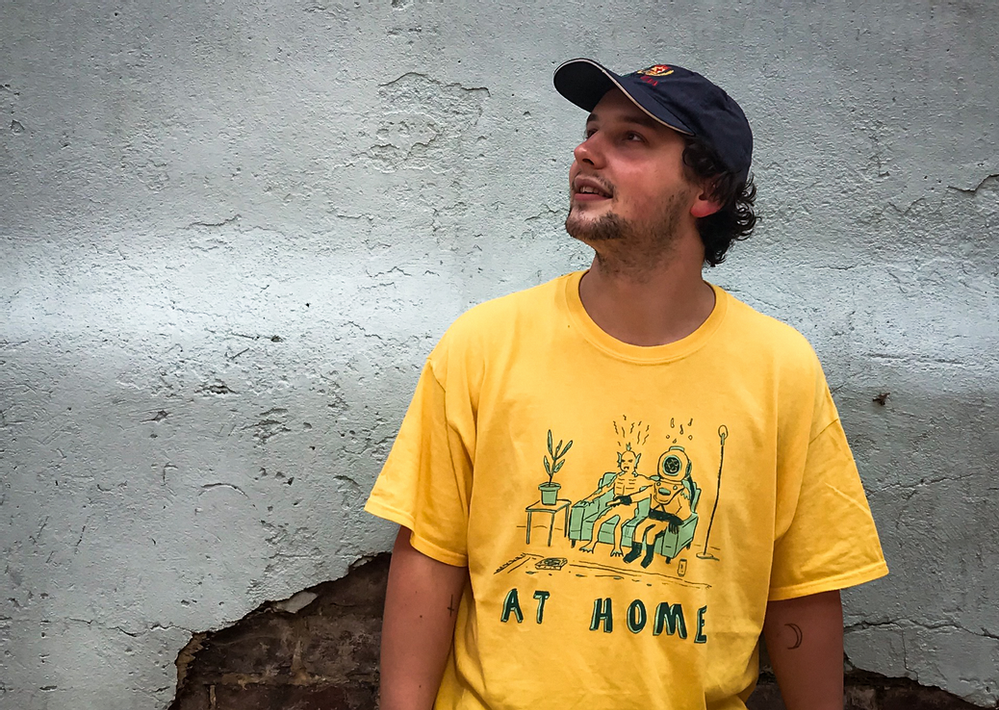 By: Libby Driscoll
In: Albums, Leeds

Aptly in time for the shifting of the seasons, Elkyn conjures a beautifully cosy, ambient-folk EP perfectly suited for the autumnal change. Recognised by the pseudonym Elkyn, songwriter and multi-instrumentalist Joseph Donnelly released his debut EP ‘Beech’ in July of this year.

Encompassed in a light and atmospheric soundscape, the EP smoothly flows between softly picked acoustic guitar, delicately honest vocals and gentle synth pads, all neatly tied together with reverberating effects. At times weaving itself through sombre topics, the EP offers a safe warmth within its music, holding your hand as it leads you away into an tranquil state of mind.

Typically, when an album stays well within its genre, its sound can begin to lack excitement fairly quickly. Though, despite its little exploration away from the safety of ambient acoustic folk, Elkyn’s ‘Beech‘ is impressively addictive. The way Elkyn accurately communicates feelings of heartache, loss and longing within the EP is both effectively and eerily carried out – it’s definitely one to have a good cry to.

Opening up with ‘Seventeen’, the short track serves as a beautifully melancholic introduction to the mini album. Over a subtle synth pad, a picked melody sits beneath soft vocals sung in a legato manner. Leading into ‘Yue’, the guitar follows a slightly more upbeat pattern with marimba-style synth textures shining above the music. The heavily reverberated vocals in the chorus state, ‘I fucked it up, and I can’t pretend that I don’t miss you’ in a defeated realisation, contrasting with the proceeding digital-sounding synths.

‘Avenue’ and ‘Winter’ both create a near hypnotic state of serenity through the use of rich, sweeping harmonies lead by an alluring narrative of poetic emotion. Following melodic patterns which are suited to lullabies, the ataractic waves wash over your body and force you to surrender to your inner emotions.

‘Here’, which succeeds the rest of the tracks in length, gradually builds up its impact throughout the song, introducing harmonies and counter-melodic piano in its flowing choruses until its impactful climax of power.

‘Stupid World’, which follows the penultimate space-reverb fuelled track, ‘Again’, certainly proves itself to be one hell of an outro. The finalé sees techniques and instruments explored throughout the whole EP all join together in one big crescendo. Starting with Elkyn’s velvety vocals and acoustic guitar accompaniment, synthesisers slowly creep in to decorate the music with luscious pads and sparkling melodies, boosting the instrumental layers and intensity as the track goes on. The final section of the song is fuelled with sheer emotive power, seeing Elkyn’s voice morph from it’s comforting raspyness to a stunning force of control. Repeating the lyrics ‘Where can I go from here, I can not flee from it, where can I go from here, when I feel so far from it’ over sliding guitar riffs and active rhythm section, Elkyn conveys his desire in the most impactfully intricate way.

Elkyn’s debut EP takes us on an unworldly journey of facing our own internal emotions, and the raw truth of what we feel inside. Foundering an EP with this level of emotional impact, Elkyn has proved himself as an undeniable new talent.