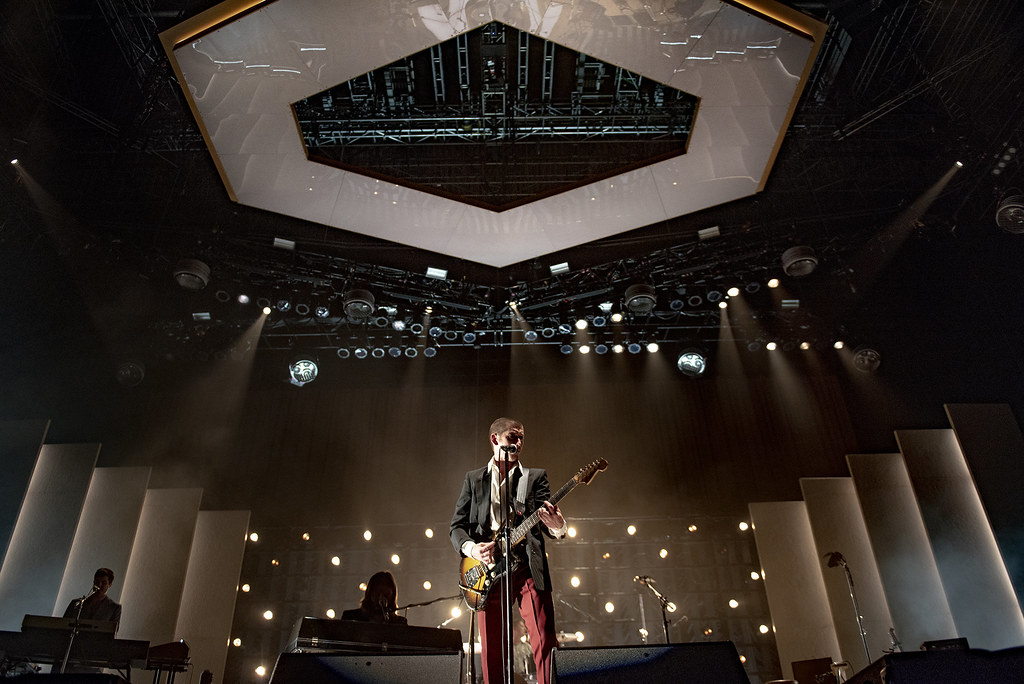 I guess the perfect description of my excitement over the news of the Arctic Monkeys tour was me getting up early enough to have two laptops and my phone prepped for ticket release. Come the moment of rapture, I hit the refresh button on each of my devices quicker than you could say Fluorescent Adolescent, cycling through the venues which Alex Turner would shut down in several months time. This time I wasn’t missing the opportunity to see my boyhood favourite band.

Two tickets at the Birmingham Arena. Yes, it was a Sunday and no, It wasn’t in Sheffield but, most-importantly, they were standing, or in other words, gold dust. Front-row, mosh-pit tickets for the Arctic Monkeys. I was ecstatic. Fast forward five months and there I was, accidentally swilling my friends with a two-pinter (which I’d just bought for a tenner) as I was overcome by Alex and the gang throwing the crowd into a faultless and electric rendition of Brianstorm.

Where Arctic Monkeys had been on my bucket list of bands to see since a kid I was, in truth, surprised by Tranquility Base Hotel & Casino. The album divided fans in two, with many labelling it as a shadow of what the band are capable of and alien compared to the Arctic Monkeys’ trademark style. Yet, others considered the album a successful and unique leap into a different genre. Personally, I thought their new sound to be perfectly fitting for situations involving cigar-smoking, whisky-drinking and other affairs requiring velvet dressing-gowns. I didn’t warm to many of the songs, though, only as I found it harder to recognise the punk-rock, don’t-give-a-fuck attitude endued in so many of Arctic Monkeys’ masterful tunes that I have grown to love over the years. Also, as a drummer myself, I was a bit subjective in my assessment of Matt Helders’ work on the record. Helders to this day is an ICON of mine who I think was a little held back, which is a deduction many fans would similarly make in comparison to his drums in the likes of Crying Lightning (Oh my GOD, I love Crying Lightning). Regardless, did the album dishearten me of the fact that I had tickets to see one of my undeniably favourite bands? Of course not. If anything it compelled me to listen more to TBHAC to really try and pick apart this new concoction of sounds that the band evidently wanted to share with the world. I am a sucker for Four Stars Out Of Five nowadays, which is cliche, I know. What I did start to think, though, was that TBHAC embodied the Arctic Monkeys’ don’t-give-a-fuck attitude more than any other past productions; not because the songs sounded a bit like lift music with a northern twang, but because the Arctic Monkeys perhaps knew they would have been criticised for changing their style. They released the album, of course, because they liked it, not because they thought their fans or critics would.

After binge-watching Monkey’s sets the night before, it’s safe to say they’d aged a bit since headlining Glastonbury, when they each looked like college kids that had turned up to lesson both late and high. Where their music style and haircuts may have changed with their age, the same cool and fiery attitude so synonymous with the boys was bigger than ever when they stepped on stage. Arctic Monkeys then went through the rhythms so distinct of the Sheffield-born lads’ sound, effortlessly transitioning into tune after tune. Turner had the crowd swaying to the lighter, smoky beat of Tranquillity Base Hotel and Casino, just as easy as he had us jumping 10 feet in the air to the likes of Teddy Picker and 505. Where the new album may have come under a bit of stick, what it did do was provide a nice contrast to the rest of the set-list that allowed us to get a breather, which is maybe, in retrospect, what it was designed for.

A total of about ten words must’ve been said by Alex all night, but he didn’t need to speak. All he did was play, and play fuckin’ well. They rocked their hearts out as though it was their first time back on a British stage in a while – which it was. As they moved into AM and hit Birmingham with Why’d You Only Call Me When You’re High and Arabella, the boys seemed to just grow in power. The crash cymbals seemed louder, the vocals were energised and the riffs were gut-wrenching. It was evident they were building us up to a song that very few people knew about: I Bet You Look Good On The Dancefloor. I would go as far as dubbing this one of the most perfect songs to open an encore out there. Where it gets old quick listening through your headphones, it’s a different story live. People went mental. Dancefloor into R U Mine to close the night was the perfect combination of classic Monkey’s tunes to leave both avid and occasional listeners more than satisfied. Pretty sure I stood there for a good ten minutes after the lights came up wondering how the night went so fast and when the next time would be that I could see the Arctic Monkeys.

Hats off to Alex and the gang. Arctic Monkeys were timeless and if you ever get the opportunity to see em’, don’t miss out.