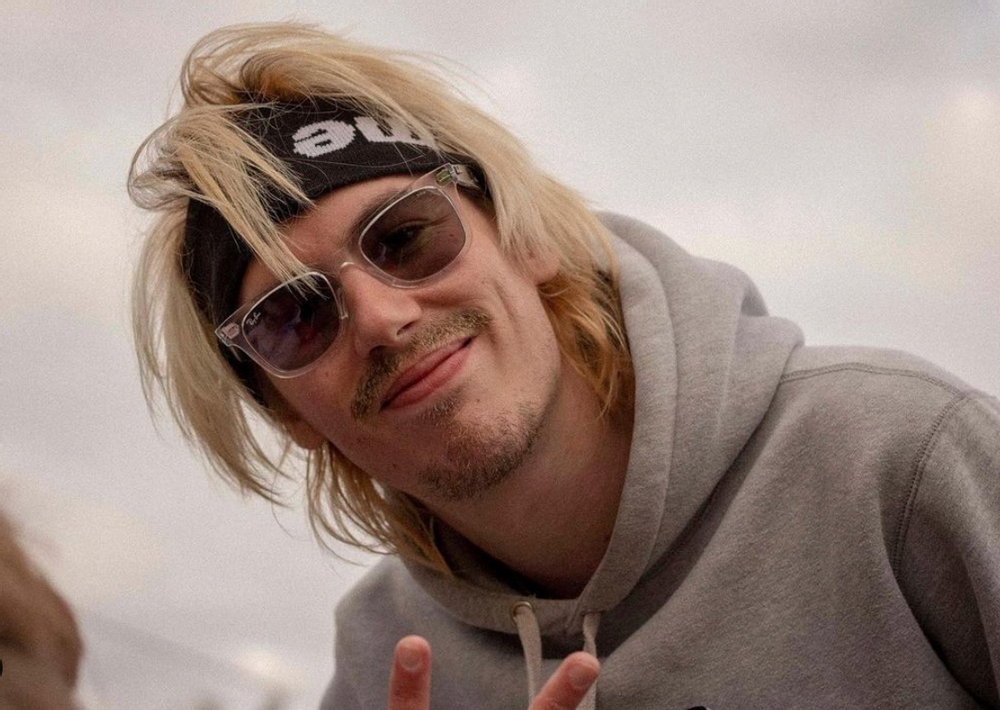 With Soundwave’s usual spotlight shining on up-and-coming bands to platform great, under-the-radar music, this feature may come as somewhat unusual. However, as far as the Leeds music scene goes, Rob Kellas is a maverick in his own light, and is typically found at the front of a crowd, in the mosh pit, or on some bloke’s shoulders, rather than on the stage itself.

Rob Kellas, director and CEO of TPD TV (acronym unknown, as Rob likes it) has become somewhat of a cult figure for a committed community of fans that has grown to love the Leeds-local icon and his fellow enigmatic, individually-relatable band of friends. Rob has been documenting his life on YouTube from when he was at college, through his tenure at university; up until now, where he lives in what can only be deemed as a penthouse apartment in Leeds city centre with fellow TPD founder Danny White. Over the years, Rob has captured the highs and lows of his every day, never failing to enthral viewers with his witty – and rather hilarious – exploits with his friends. His ‘Best Camp’ series sees Rob take his vlog to music festivals in the UK and abroad; regarded as the adorned epitome of TPD TV’s shenanigans by viewers, some ‘Best Camp’ vids have hit north of 100,000 views.

In a nutshell, Rob Kellas’ TPD TV is essentially what would happen if you attached a go-pro to one of your mates whenever you do stupid shit together: and for that, it’s rather brilliant…

I [virtually] sat down with the man responsible for making me laugh out loud for years:

For our readers that don’t know much about you, how would you describe yourself and TPD TV?

We’re just a bunch of nerds who like to film concerts, festivals and holidays. We also like to drink a lot as we do it. I think our channel description of ‘real life inbetweeners’ kinda hits the nail on the head! I’m only happy with that comparison when I’m the one making it, mind.

What is the best festival experience you’ve been to, and what’s the worst?

My best festival experience was Reading & Leeds 2019. Festival Republic had us down at Reading for the day and it just felt so exciting, driving down there in our stickered-up van getting waves and cheers as we drove in. Probably the most rock & roll experience I’ll ever have. Then we went back up to Leeds to DJ their Piccadilly and I swear there must have been 10,000 people there. Never seen it that busy in 11 years of attendance. Super humbling – I’m very grateful for these experiences.

Worst experience has got to be at Download 2011. It was way before we were known for doing festival videos and stuff so it was a very tame experience for an at-the-time pretty introverted lad. It rained super hard, and I was so cold and uncomfortable that I rang my dad to come and get me and take me home. I missed Linkin Park and I never got the chance to see them after that.

I actually met you at an Indie Thursdays at Warehouse when we were virtually the only ones there. Would you rather spend a night in a lively club with shit music, or it be virtually empty with great tunes?

Good times! I really enjoyed that club on its best nights. I’d always rather be in a club with good music. Packed clubs do my head in so it’s kinda a win-win if it’s dead and bangers are on. My mate Jacky DJs Key Club in Leeds, and if its proper dead he just lets us put *pretty much* whatever we want on. I miss those times. We were there literally the day before the first lockdown was announced.

You’re a massive tech-head but also a bit of a materialistic in that you have a passion for limited edition, rare clothing. What’s your favourite item of clothing, piece of technology, and if you had to sacrifice your MacBook or your entire clothing rail of coats, what are you losing?

Yeah I’m way too materialistic to be honest… it’s not a great trait. I treated myself to so many long awaited things this year and I still feel very unfulfilled. A lesson that retail therapy doesn’t work! That said, I do love having things that you can’t just pull off the rail in a shop. I’d sling my MacBook out of the window before losing any of my jackets. My fav’ item of clothing is probably a leather coat I bought in London back in 2018. It’s way too warm to ever wear though so what’s the point?

Fav’ piece of tech is my record player. Finally got a setup when moving this year and it’s brought me so much joy. It’s just a cheap one too. Gets used every day. It’s on now playing some AM. But I wanna hit back on that point that I’ve tried to fill a big hole this year with material things and it’s not worked. You can’t get better than good times an experiences and I’ll have a new appreciation for them when everything goes back to normal post-COVID.

If you had to be your age in another era in time, what era would that be and why?

I’d like to be about in the 80’s when thrash metal was taking over in America. I think then I could finally wear a bullet belt with skinny jeans and high tops and not get laughed out of the building. I’d also like to have been about in the mid 70’s in America when all the classic rock greats were touring. That’d have been class.

If you were Mayor of Leeds, what’s your first policy?

Introduce a ‘walk fast’ lane on all major precincts. I live in the city centre with my mate and every time we go out we spend the conversation moaning about people aimlessly wandering around in front of us. Pavements should be more like motorways with lanes for fast and slow!

Out of all the TPD confessions, which, in your opinion, was the worst?

Good question. We have an incredible one coming up in the final episode of our Road Trip series. It’s not a bad one… but I know our viewers will buzz. In terms of the worst, I think the one where my mate Matty admitted to shitting on my other mate Razzy’s driveway was a bad one. Potentially as I was unfortunately there with him and had to see this nightmare unfold in real time. Shit went from 0 – 100 real quick – literally.

You’ve recently had a lot of stick for your videos which must be frustrating considering how much effort you put into them. Do people generally take things too seriously?

Yeah, it was more than frustrating. I had literally death threats sent to me; it has totally messed up my mental health. It’s a shame because we created this series with our audience in mind. We made it for them. So when it reaches a completely opposite audience of significantly older people with completely different interests it doesn’t land well. It’s the equivalent of your Gran popping an Eminem record on. She probably won’t enjoy it, but it’s not made for her. Unless you’ve got a cool Gran.

The most frustrating thing is that we faked the footage that went ‘viral’ and still paid the price as if it was real. Our audience got it… I guess that’s what matters eh? I honestly have a lot to say about this but we’re saving that for a podcast in the future.

You’ve given the world countless catchphrases, quotes and ingenious ideas. Is there something that fans repeat to you when they meet you?

Hahaha, yeah we get a lot of ‘MAAAM’ and ‘Would you like a natural spring water?” shouted at us from across concert halls and festivals. They’re quotes from my mate Matty – I promise you they’re funny in context. The first time I ever got recognised from our channel was someone shouting a catchphrase at me… I can’t remember which one though!

You now have 30,000 plus subscribers and your own podcast. You’ve built a genuine community that really seem to care for one another. What’s the next step for you and TPD TV?

Honestly, I’m super happy with our community size. We were projecting to double that number this year and I’m hopeful we would have if it wasn’t for the pandemic. The year started so strong! I do worry that if we do grow, the community may lose its charm. But there’s some real die-hard, day one people in there and I hope they keep flying the flag ‘cause it’s heart-warming to see. I think the grand plan would be to monetize the channel to a stage where we can put on a festival – even a small, one day event. That’s kinda my goal at this point.

If you could have any guest on the podcast who would it be?

Simon Neil from Biffy Clyro. The man is my absolute idol. I worship the ground that guy walks on, unashamedly. He has done a few smaller podcasts recently so I’m hopeful we can land this one day. I’d like us to do it in person though so I’ve put off contacting anyone I think we could get until the pandemic is over. probably for the best as I’m still struggling with the tech side!

If TPD TV ever put on a festival, what would you call it, where would you hold it and what three headliners would you book?

It’d have to be called something totally unrelated to the TPD brand. We’ve done a cracking job of making ourselves super hard to market. Our channel name is three letters and we don’t tell anybody what they stand for, and our ‘brand’ is “Swhbb?” which is equally difficult to wrap your head around! I’d love to put a day event on with Don Broco headlining. We’re massive fans and we’ve met those boys countless times to the point where they might even be up for it! For our first (hopeful, first) one it’d be like, one Broco-sized band, a few smaller bands and then just local bands. I think that’s realistic. With unlimited influence and budget, I’d have Post Malone, Foo Fighters and The 1975. And as I’ve said that I’ve realised they were the Leeds 2018 headliners so I’ll swap out 75’ for Metallica.

Finally, Was it Cleasby or Briody that pissed on the floor?

It has to have been Briody. He was absolutely leathered, and Cleasby often pisses on floors but admits to it. Why would he deny this one? And you can see piss on Briodys joggers! I’m on team Cleasby for this one. 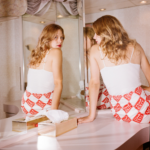 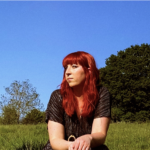 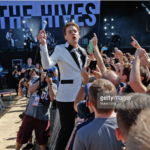